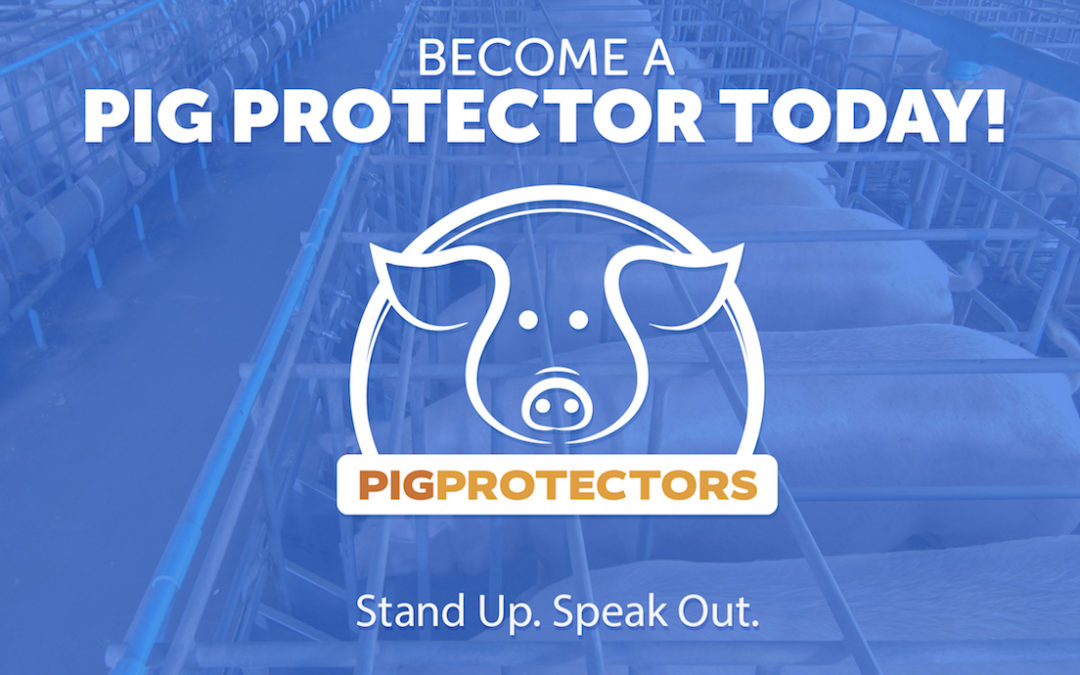 If you’ve been following us for a while now, you know we care about the millions of animals being raised for food today, 99% of which are on industrialized farming operations. At Crate Free, we take a realistic and pragmatic approach. We understand the world is not going to become vegan tomorrow, so we want to help animals that are being raised for food today! We encourage people to not eat meat, but for those who do, we implore you to eat less meat and only buy humanely raised from sources you can trust (like local farmers).

Unfortunately, large national chains are typically not sources you can trust.

We focus on some of the worst, most widespread abuses. For example, a mother pig raised inside a factory farm spends most of her life in a gestation crate – a small, immobilizing cage that is roughly the same size as her body. The space is so narrow that she can’t even turn around.

Widely used, gestation crates are known to cause psychological torment and physical suffering to pigs, including lameness due to weakened bones and muscles. (Imagine confining your dog in a cage so small that he/she can’t turn around for months at a time.) Yet many retailers and restaurants continue to permit them in their supply chains. 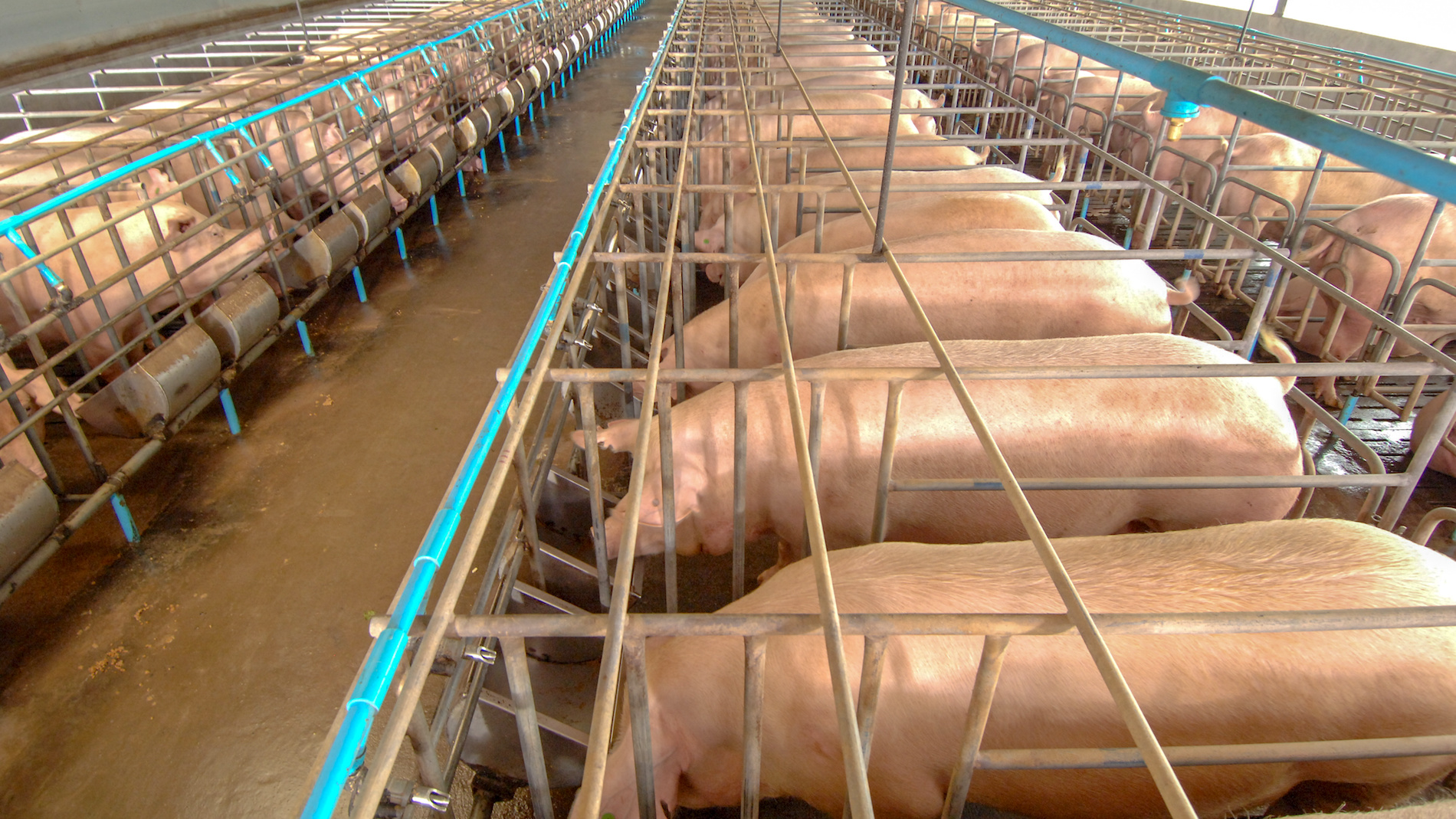 We believe we can make real change by pushing retailers (which affect millions of animals’ lives) like Aldi and Costco to eliminate these cruel gestation crates from their supply chain.

As a small grassroots organization, we truly understand the power of the people and that each voice can make a difference. Our success with our Trader Joe’s campaign is a testament to this. Our small, non-profit was able to amplify the voice of thousands of customers and those who care about animals to push the retailer to ban the use of crates in its supply chain by 2022.

So we truly believe in the power of each individual voice to make a difference! Companies care about their bottom line and that’s why we say you should vote with your wallet AND also make your voice be heard.

This is why we have recently launched our new network of fierce animal advocates, the Pig Protectors. 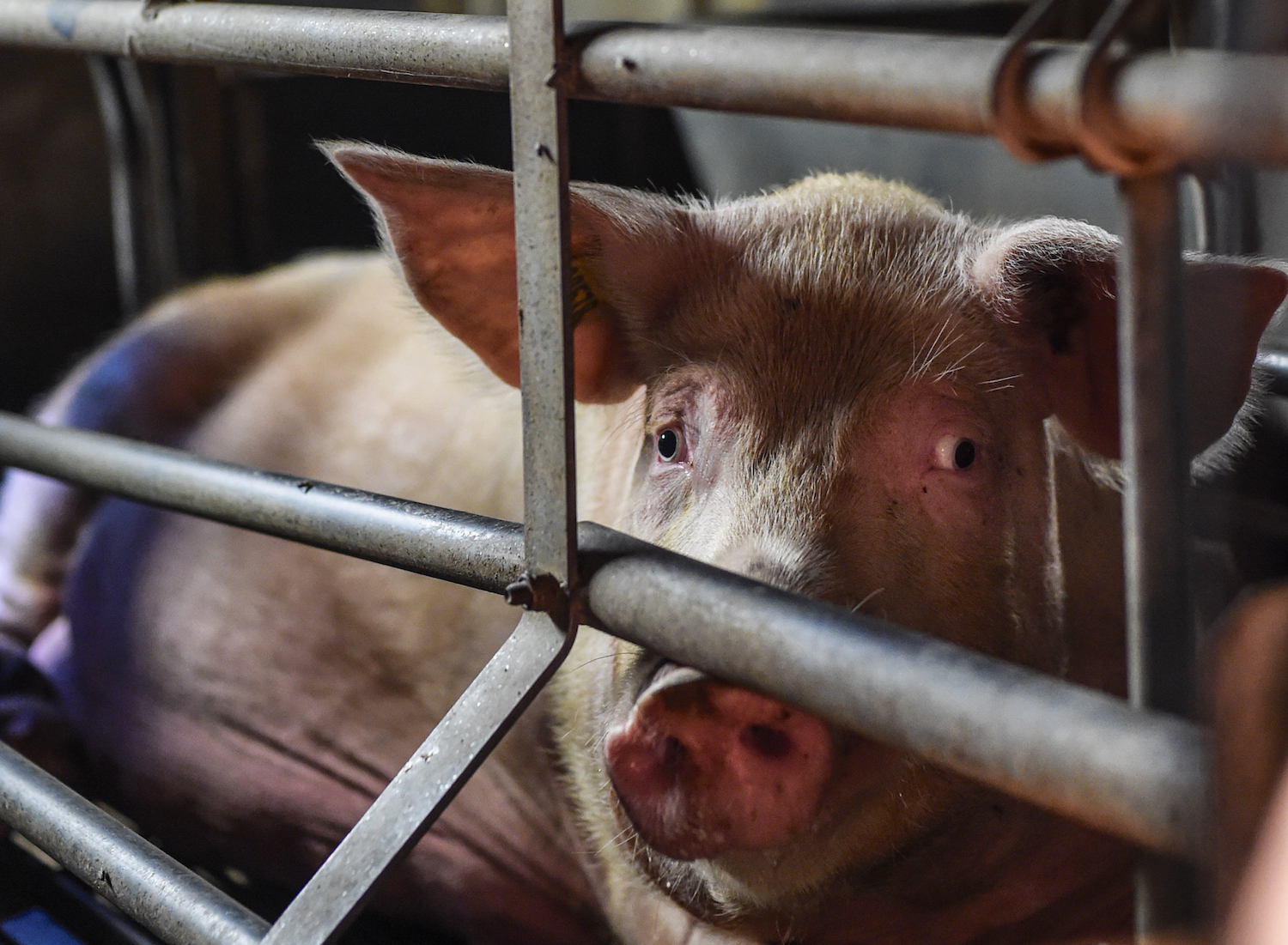 Take quick online actions to help end the extreme confinement of mother pigs. Join other online activists who are helping to end this cruel practice. Spending just a few minutes a month can help end a lifetime of confinement for millions of pigs.

You will only receive 1-2 emails each month with quick and simple actions such as emailing, calling, or posting on the social media pages of companies that still allow the use of gestation crates. Each action will take just a couple of minutes!

Let’s end this inhumane practice once and for all!